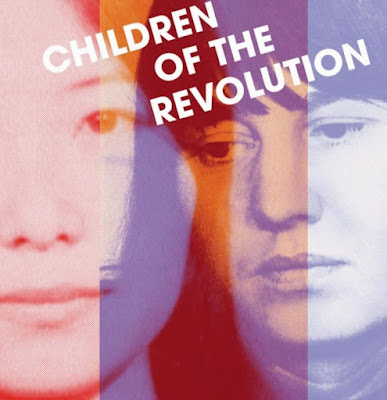 "Just a quick reminder about the next Haringey Independent Cinema film, which will be on Thursday 1st March. Doors open at 7pm and we will be starting the whole event at 7.15pm. So, what's on offer.
The main feature is a film called Children of the Revolution which takes an unusual look at Armed Struggle, as it's looking at it through the eyes of the daughters to women who, for whatever reason, decided to take up arms in the late 1960's. Like the film "Weather Underground" which we showed a while back, this does not condemn or condone the actions of those who decided to use a more violent way to put forward their views. But, unlike Weather Underground, which talked to the revolutionaries themselves, this film looks at the effects such actions has on two daughters caught up in the daily struggles of living "underground".
The director, Shane O'Sullivan, will be coming along to speak about the film and to answer any questions - a coup for us at Haringey Independent Cinema.
This is our small part towards supporting International Women's Day a week later, and we will have somebody from Haringey Women's Forum coming along to talk about it and what is happening in Haringey.
Finally, at the beginning of the evening, we hope to be showing a short film made by Angelica Landry about the Welbourne Centre in Tottenham. The centre is threatened with closure by Haringey Council and this film is about the centre and it's fight to survive - which we can all support.
So, all in all a packed evening to come and enjoy.
Parts of Children of the Revolution is in subtitles but unfortunately not the whole film is, so we apologise to our audience who have hearing difficulties. The film about the Welbourne Centre doesn't have sub titles either. For those who need to use the services of dial-a-ride we estimate the films will end around 9.30pm and the whole evening about 9.50pm.
Details are the same as always: £3 entry or £2 if you are skint. Venue is the West Green Learning Centre, which is on the corner of West Green Road and Philip Lane. Buses 41, 341, 67, 230. For any other details check out our website at: www.haringey.org.uk/hic "
Posted by Bruce Castle News at 1:25 PM